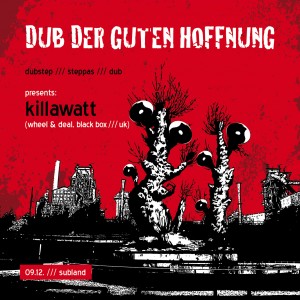 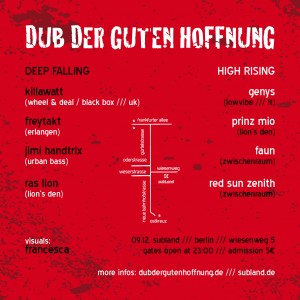 wicked visuals by:
Francesca aka Krystollsowlz

‘Since appearing on the scene only a matter of months ago, Killawatt has had a presence that has been hard to ignore: with tunes being snapped up for release by almost every well-respected label around, he is soon to be boasting a very impressive back catalogue. With an incredible work-rate and level of productivity he has been quick to carve his own niche, producing a unique take on the rolling, techy dubstep sound.
With DJ support from the likes of Youngsta, N-Type, Distance, Skream and Benga he is certainly one to be keeping an eye on!’ (HEDMUK 2011)

Genys is a DJ/producer/promoter from Lithuania, now based in Berlin (Germany). Started spinning records in 1997 with the first underground DJ/promo crew called One Ear Stereo in Klaipeda, later moved to Vilnius.