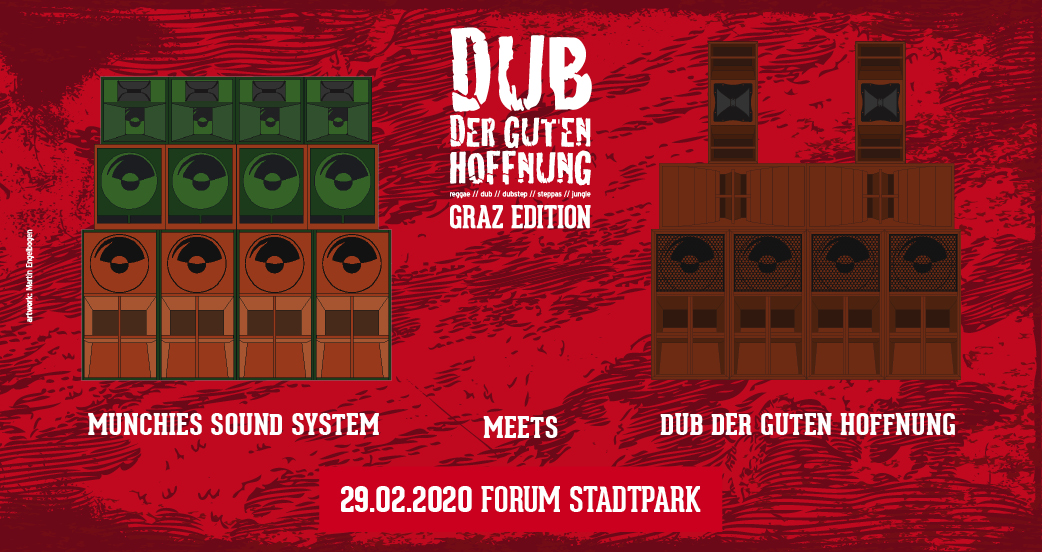 About Munchies:
Munchies are a result of a long search, which started in 2013. In the last three years, they played at almost every dub friendly venue and festival in the Alps-Danube-Adria region and are hosting a monthly dub/reggae night in their hometown Pula. Last summer they organizing their own festival called “Escape the City” near Pula, the infamous gathering combining Ecology, Art & Soundsystem culture. With over 100+ sessions under their belt they strongly support unity & friendship within the sound system scene, be it with the Balkan family or Outernational. Musicwise Munchies is mainly influenced by 90’s UK Dub, extreme echo and bass, spiritual, joyful and uplifting sounds, although you can hear the romantic melodies of late 60’s rocksteady and 80’s rub-a-dub being played from time to time. All the members of Munchies crew & family are also involved with other projects, be it through music or any other form of activism, and are trying to make this world a better place. From each according to his ability, to each according to his needs.